I didn’t get into Buffy until a few years after it went off the air, which is ridiculous… not just because the show is amazing, but because one of my best friends is the biggest Buffy fan I’ve ever met. Since then, I’ve rewatched the entire show at least twice, and I frequently watch episodes here and there–especially “Once More With Feeling,” which I think is one of the most brilliant things to ever air on television.

Although I love all of the characters, I have a particular fondness for Willow and how her character grows and changes and finds herself throughout the series. Although I hate what caused it, one of the most interesting arcs in the entire series was Willow’s vengeful turn to the dark side of magic, followed by her redemption and reintegration back into the Scooby gang.

So, today I bring you Dark Willow: 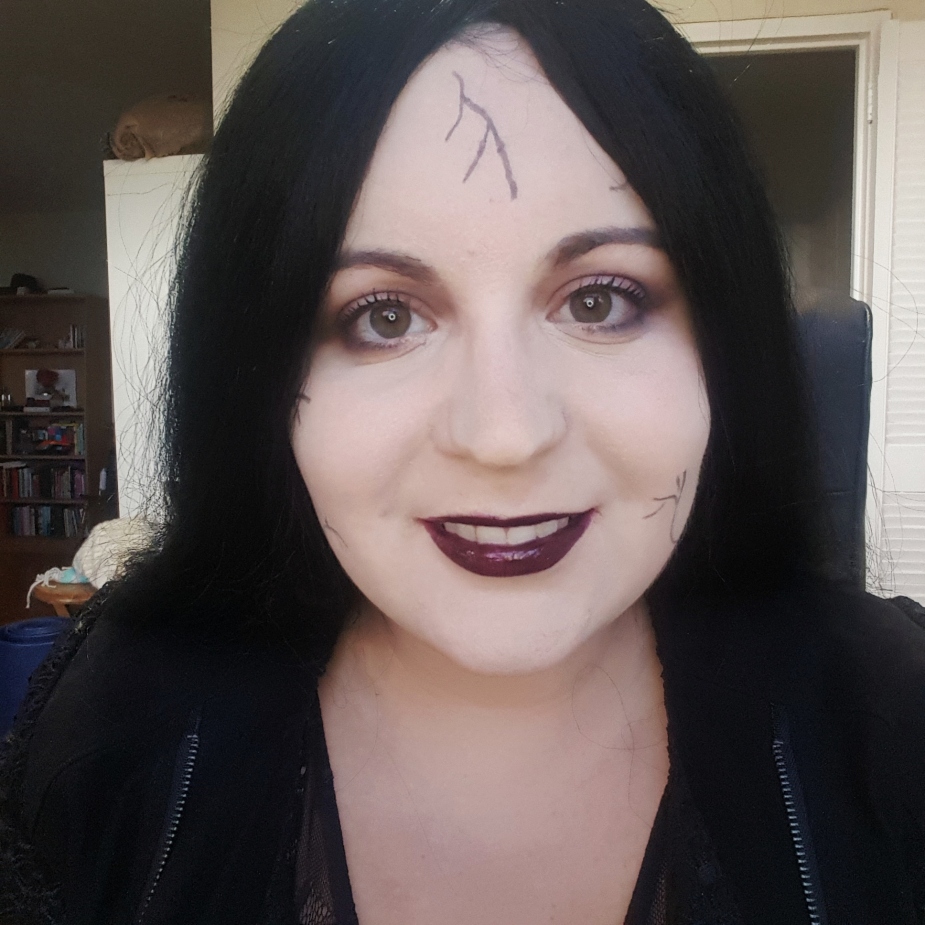 I started by blending the foundation on my face, neck, and chest. (If I were wearing the costume for a party or something, I would have also put it on my ears, but instead I was lazy and just made sure that the wig covered my ears in all of the photos.) Next, I blended two purple eyeshadows into a relatively subtle smoky eye, and thickened up my lashline with a thin line of liquid liner. I finished off the more typical makeup with some mascara and a glossy, dark purple liquid lipstick.

Next up were the black veins around Willow’s face. I drew them on with a freshly-sharpened black eyeliner, using a reference photo to get the placement right. If I did this again, I’d make sure that they extended further to the middle of my face so that they were more obvious. A wig and a black outfit finished off the look. 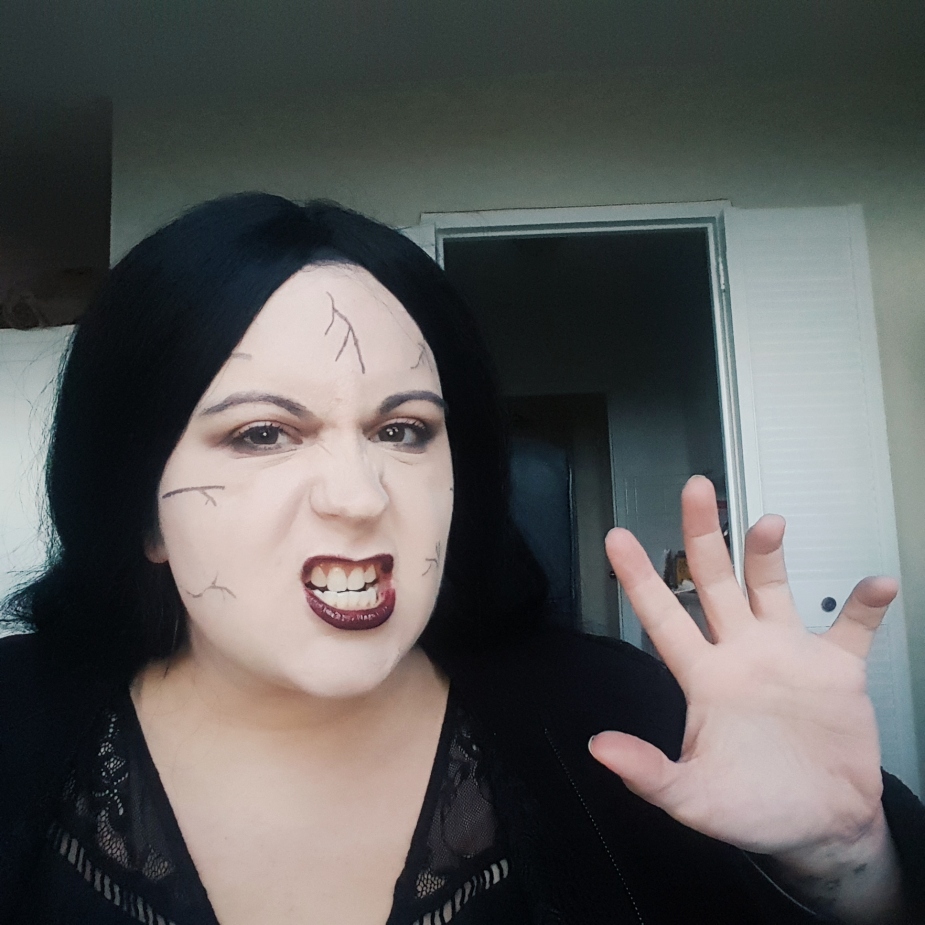 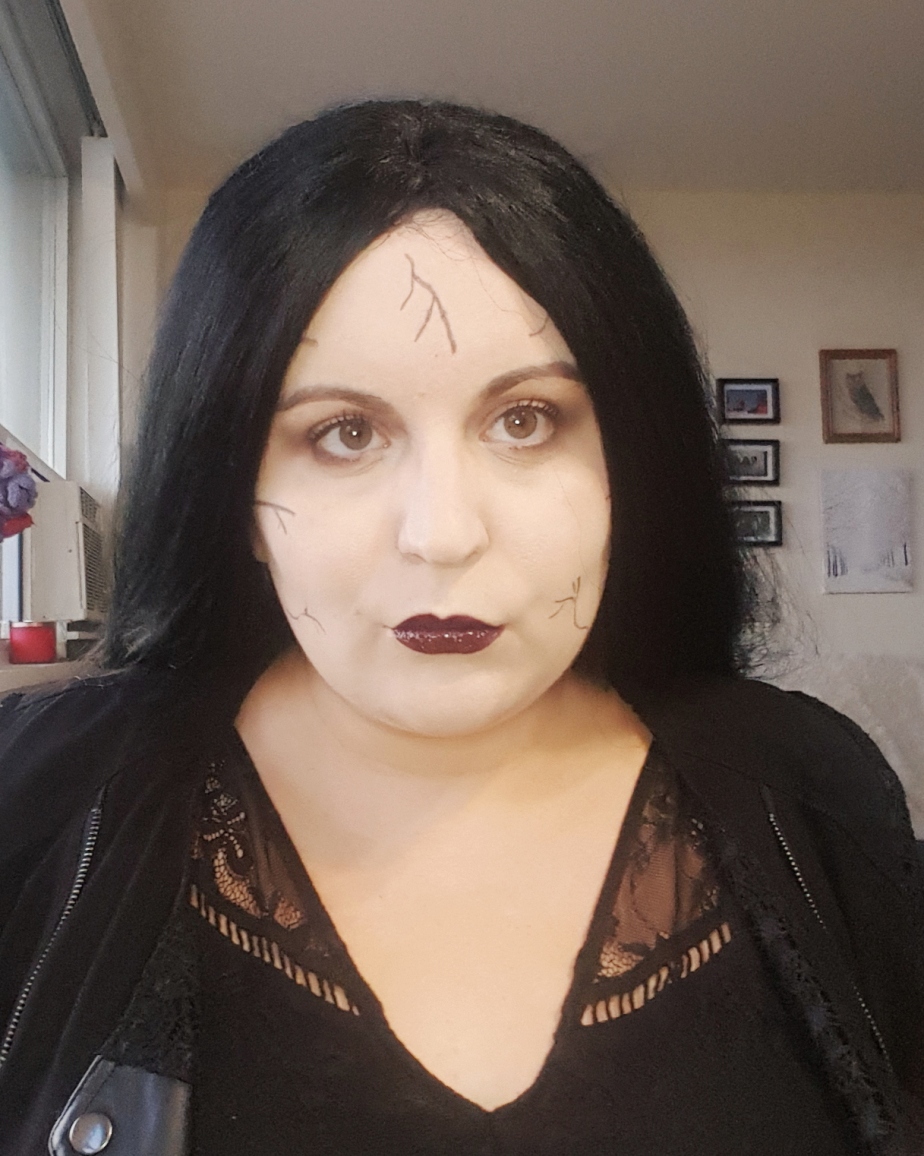 I guess Maury must have approved of the costume, because he got really cuddly while I was taking photos. Maybe he’s just always wanted to be a witch’s familiar? 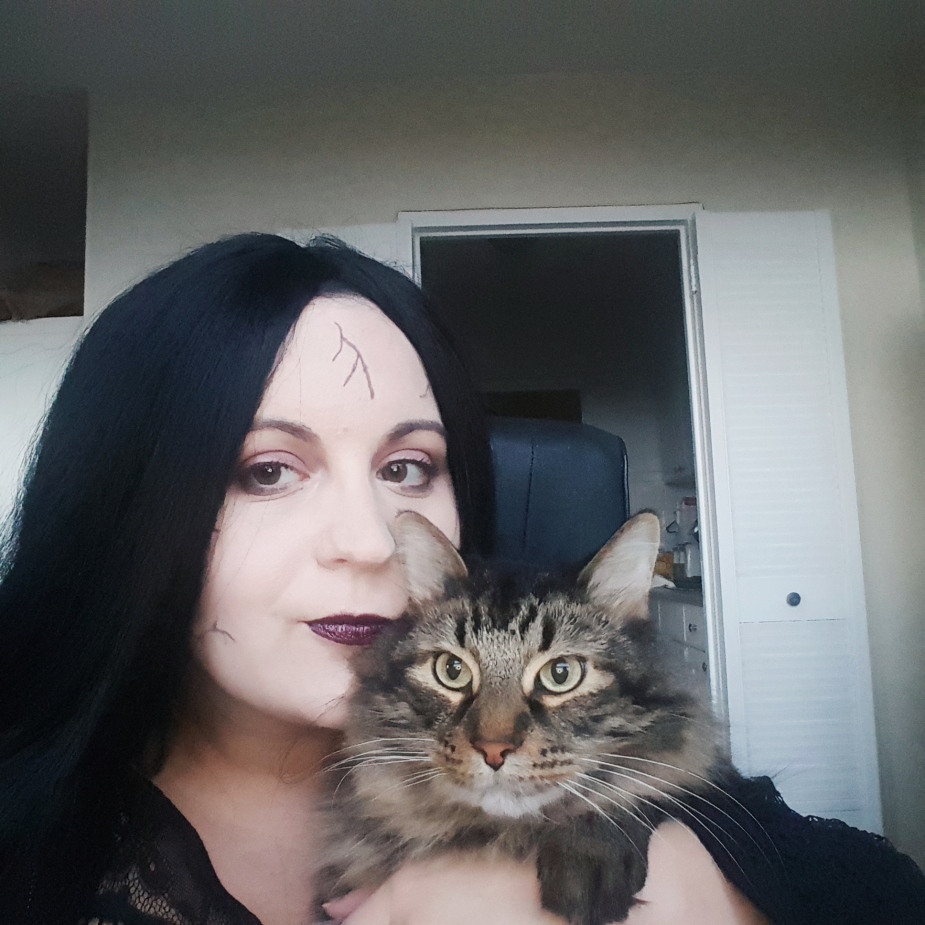